Qatar National Library contains Doha’s National Library, Public Library and University Library, and preserves the Heritage Collection, which consists of valuable texts and manuscripts related to the Arab-Islamic civilization. The public library houses over a million books and space for thousands of readers over an area of 42,000 m2. The library is part of the Education City, a new academic campus which hosts satellite campuses from leading universities and institutions from around the world.

The library is conceived as a single room which houses both people and books. The edges of the building are lifted from the ground creating three aisles which accommodate the book collection and, at the same time, enclose a central triangular space. This configuration also allows the visitor to access the building at its center, rather than laboriously entering from the perimeter. The aisles are designed as a topography of shelving, interspersed with spaces for reading, socializing and browsing. The bookshelves are meant to be part of the building both in terms of materiality – they are made of the same white marble as the floors – and of infrastructure – they incorporate artificial lighting, ventilation, and the book return system.

A column-free bridge connects the library’s main aisles, allowing for a variety of routes throughout the building. The bridge is also a meeting space: it hosts media and study rooms, reading tables, exhibition displays, a circular conference table, and a large multipurpose auditorium, enclosed by a retractable curtain designed by Amsterdam studio InsideOutside, who were also responsible for the landscaping.

The heritage collection is placed at the center of the library in a six-meter-deep excavated-like space, clad in beige travertine. The collection can also operate autonomously, directly accessible from the outside.

The corrugated-glass façade filters the otherwise bright natural light, creating a tranquil atmosphere for reading. The diffuse light is directed further into the core of the building by a reflecting aluminium ceiling. Outside, a sunken patio provides light to the staff office space in the basement, and at the same time acts as transition space before entering the world of books. 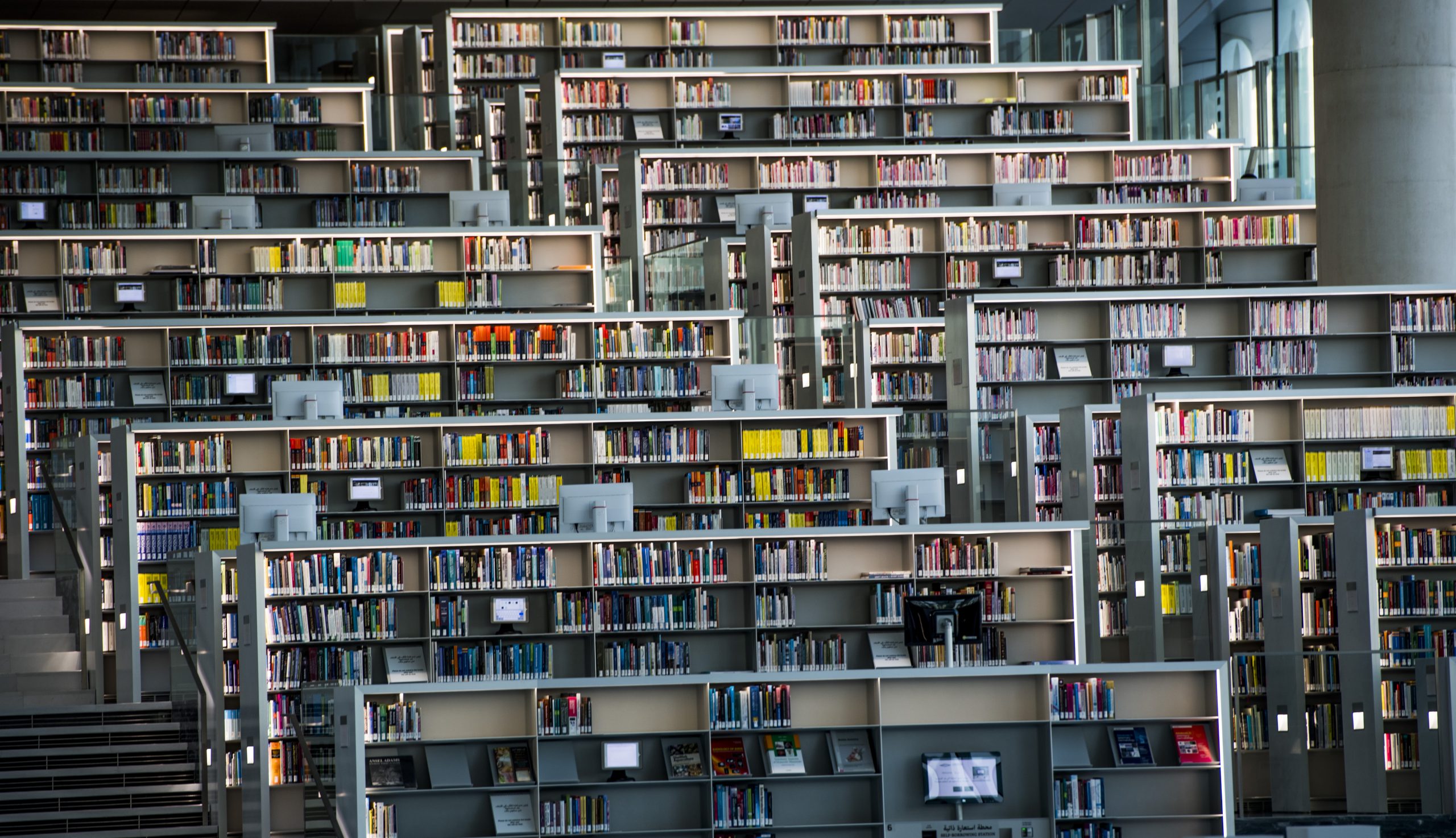 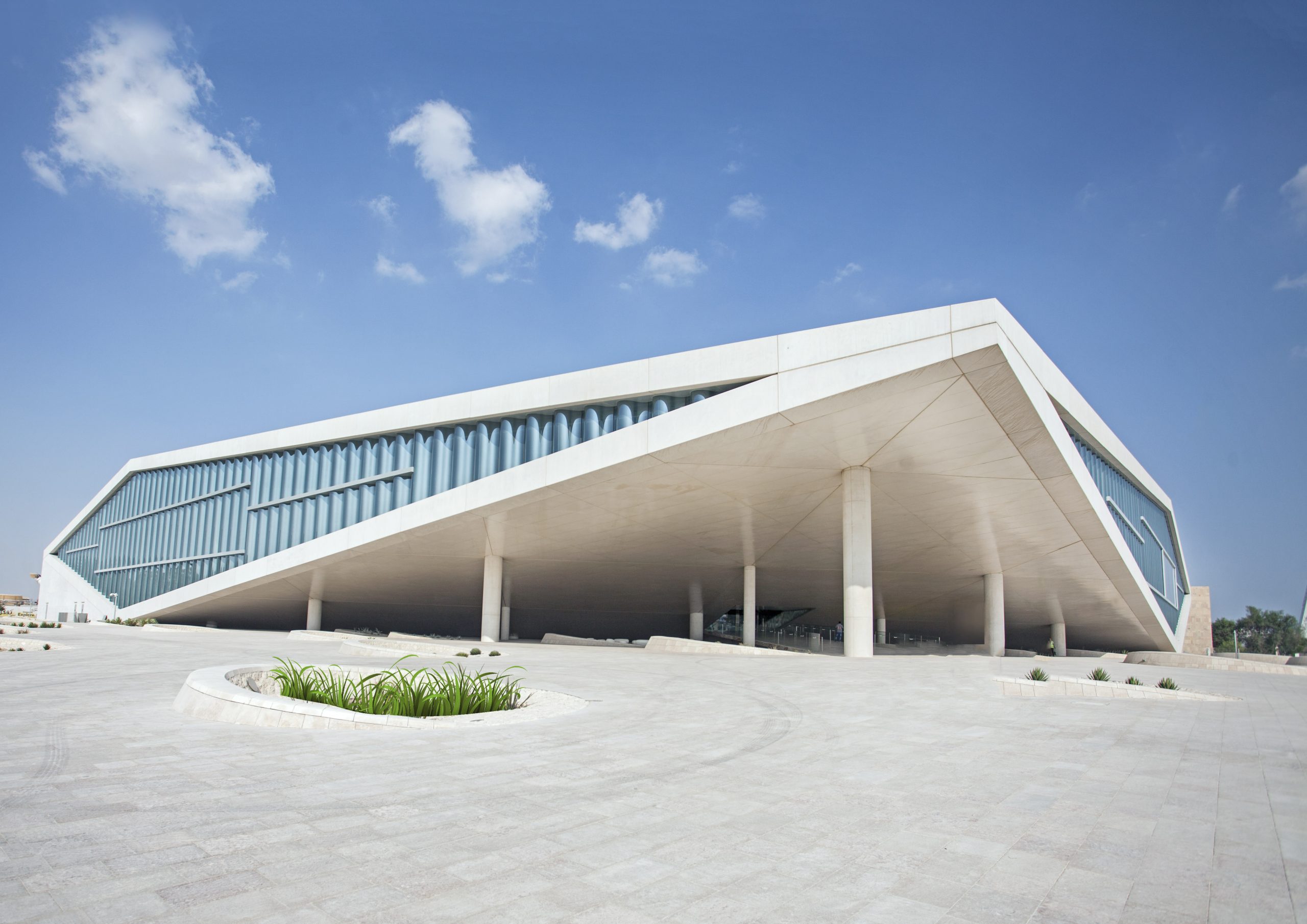 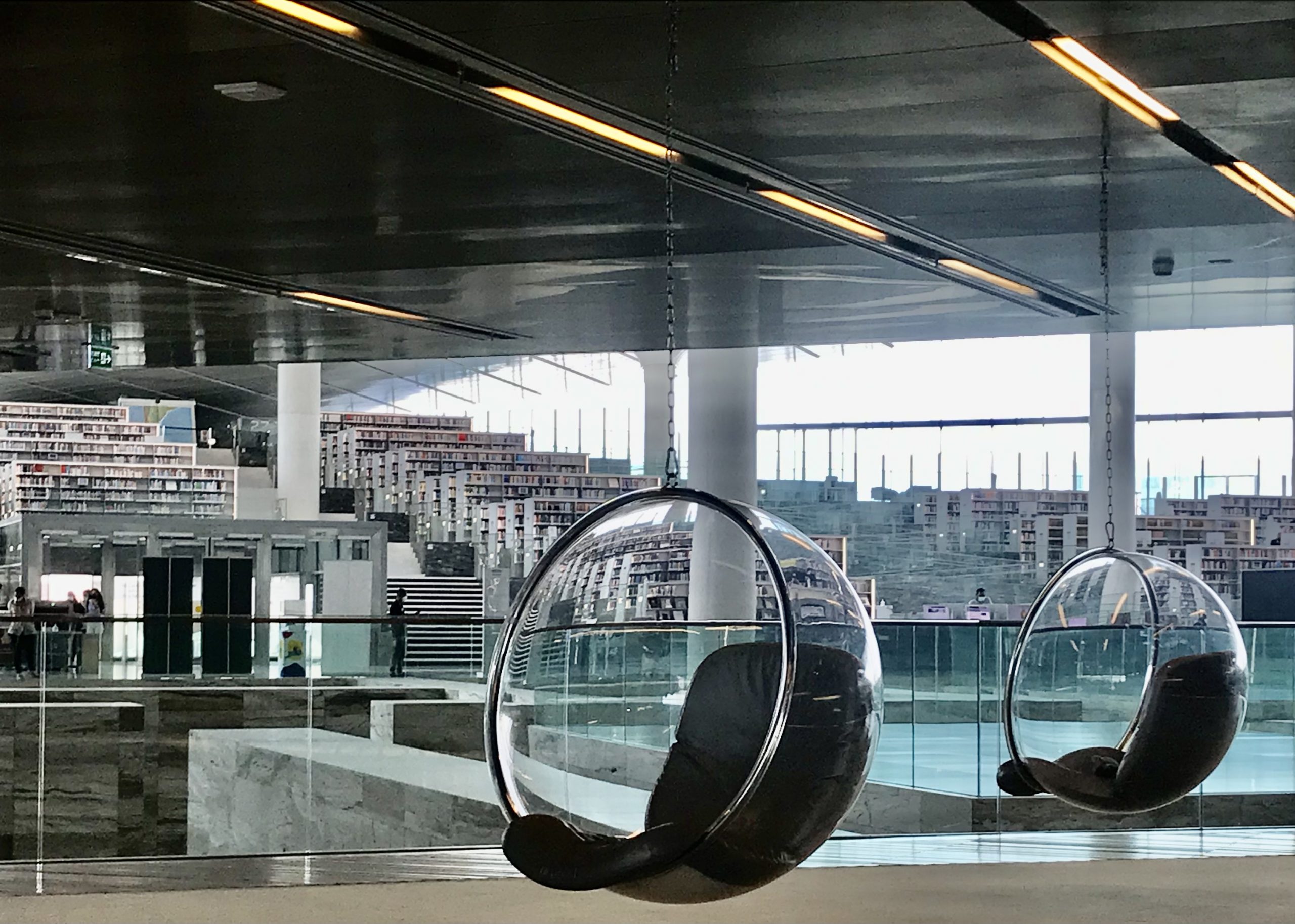 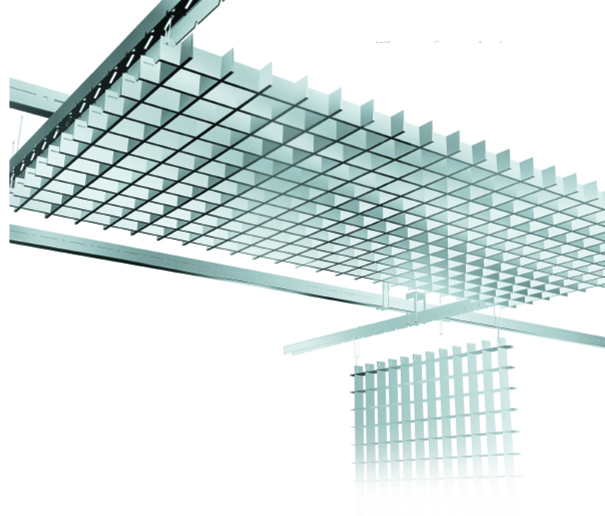 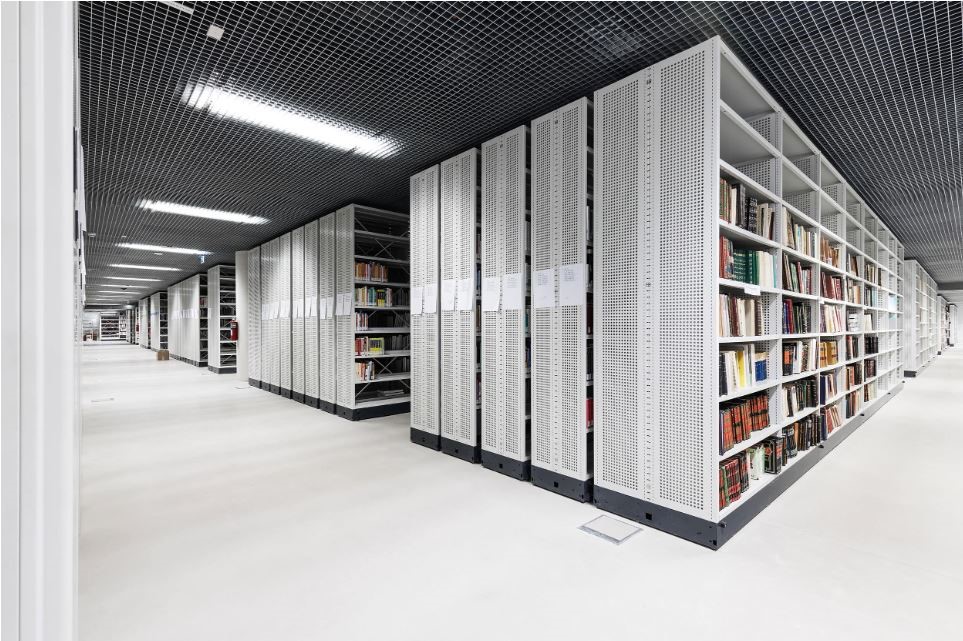 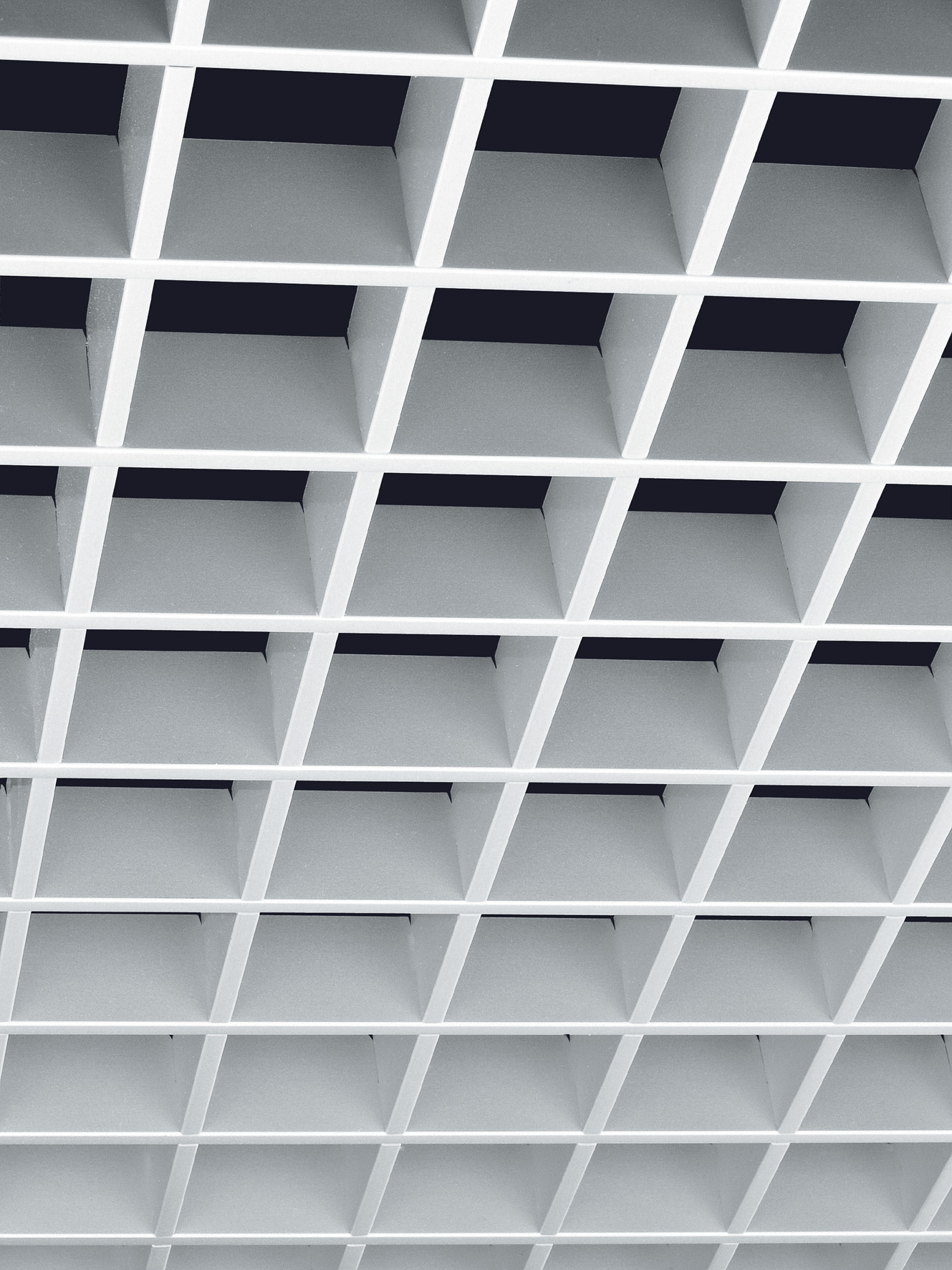 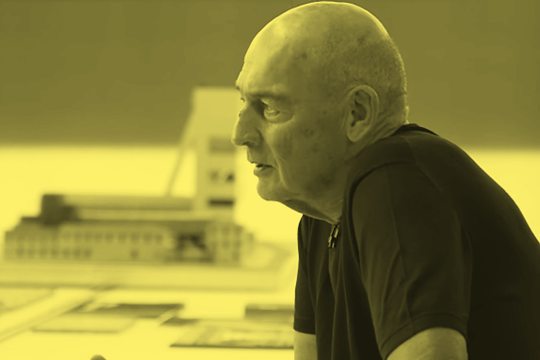